After an introduction with the Cessna 208 Caravan I (N1002H), it was decided to replace Paracentrum Texel’s old Pilatus Porter (PH-MEN) with the PH-JAS.
The PH-JAS became the main plane of the fleet. An order for the JAS was made at the Cessna factory in 1993 (serial: 20800226). On 13 March 1993, founder Bob Rienks flew the PH-JAS with Edwin Boshoff from Wichita (Kansas, USA) to Texel with stopovers in Greenland, Iceland and England.

The plane underwent a high performance upgrade in 2013, whereby the default engine was replaced by a Texas Turbine model. This reduced the plane’s noise and increased its climbing rate. Due to the substantial decrease in flying time, we also use less fuel per flight.

*  When the aircraft is fully loaded 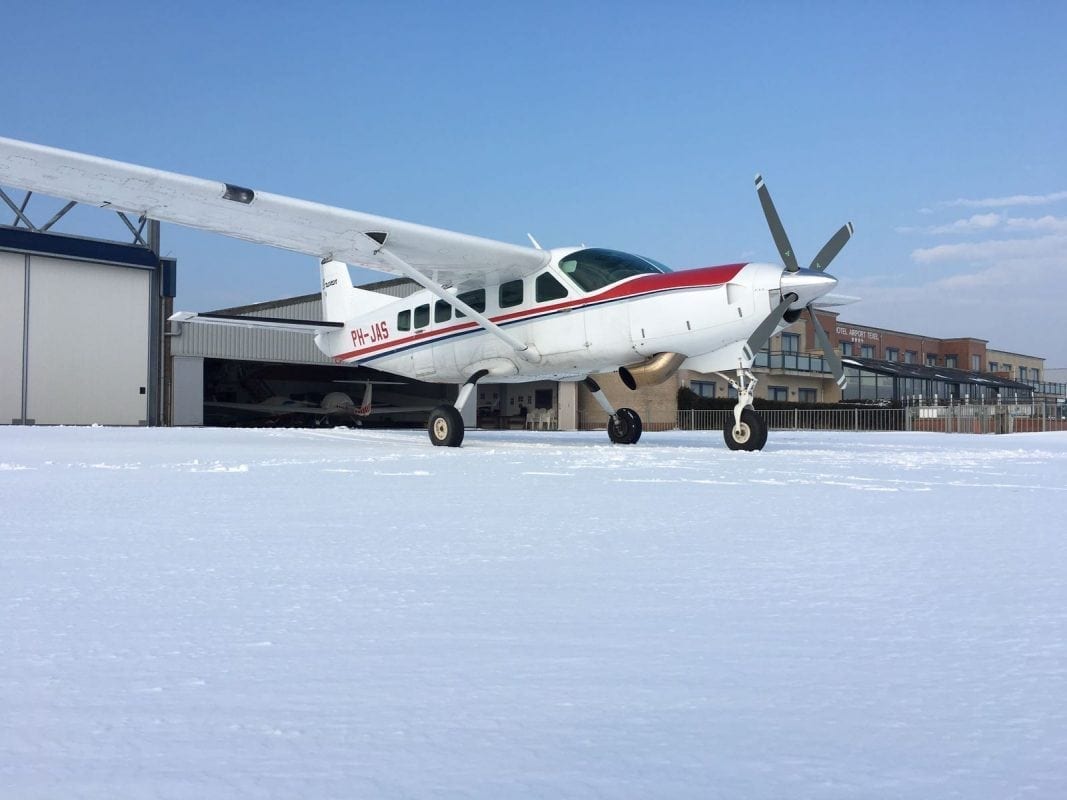 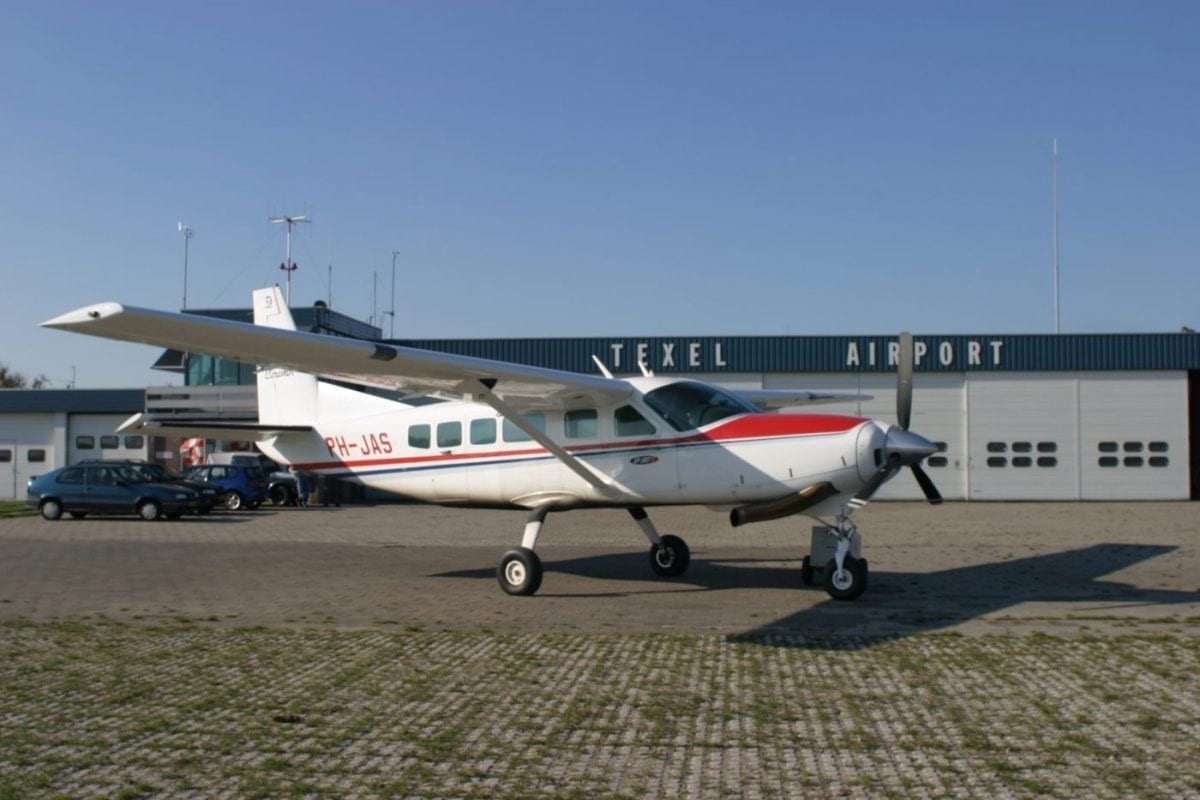